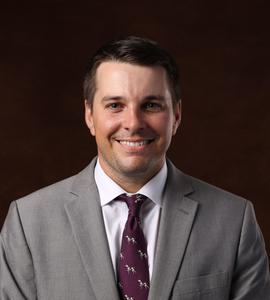 Mack Hite has been named as the new Athletic Director at Emerald High School. Click here to read more!

Mack Hite has been named as the new Athletic Director at Emerald High School. Hite is currently the Director of the Strom Thurmond Career and Technology Center in Johnston, SC.


During his nine years in public education, Hite has served as an administrator, director, teacher, instructional coach, and athletic coach. He is a graduate of Presbyterian College with a Bachelor’s degree in History. He received his Masters degree in Administration from Lamar University.


“It is an honor to lead an athletic program with such a great tradition of success,” Hite stated. “I look forward to my new role as the Athletic Director at Emerald High School. I have a passion for all of the athletic programs at EHS and will work hard to maintain the high level of competition that has been established throughout the years.”


Hite has served in a variety of athletic coaching positions during his time at Strom Thurmond and Greenwood. His athletic experience at the high school level includes serving as the Head Baseball Coach and Director of Athletics at Strom Thurmond High School. Hite also served as the Head Baseball Coach for Greenwood American Legion Post 20 from 2012-2016 compiling an impressive resume of league and district championships.


Superintendent Steve Glenn said, “Coach Hite exhibits the character and professional experience to continue leading the athletic programs at Emerald High School. He is a proven leader and will focus his full attention on bettering all of our student athletes on the playing field and in the classroom. We have full and complete confidence that Mr. Hite will continue the excellent programs established at the school.”


Principal Jamie Blount said, “We are pleased to announce that Mr. Mack Hite will be the new Athletic Director at Emerald High School.  He has a proven track record of making a positive impact in the lives of student athletes as an athletic director and coach. We are excited to add Mr. Hite to the Viking Family as we strive for future success.”


Coach Hite will also serve as the Head Baseball Coach at Emerald High School beginning in the 2021-2022 school year.